Poets’ pens light up the sky

Do soldiers cower in cruelty

And seek relief in isolation?

Opinion | How to Defeat Myanmar’s Military
Elected legislators deposed in the February coup have a plan for building a new federal democratic union. We need help.
nytimes.com

Myanmar Coup Puts the Seal on Autocracy’s Rise in Southeast Asia
Not long ago, democracy seemed to be surging in the region. But in Thailand, Malaysia, the Philippines and elsewhere, it is in trouble.
nytimes.com
Navalny’s prison woes.

Navalny Is Moved to Infirmary as His Health Declines
Aleksei A. Navalny, the jailed Russian opposition leader who is nearly a week into a hunger strike at a penal colony, showed signs of respiratory illness, prison doctors said.
nytimes.com
You might like 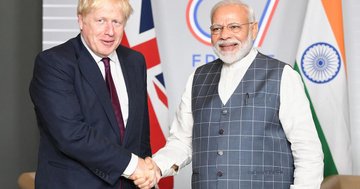 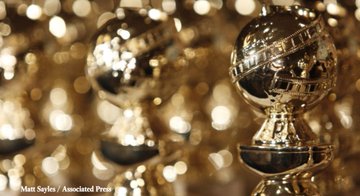 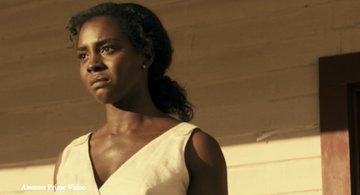 Civilian-based defense is central to the mission of Feisty Doves.

On November 7, 2019, World BEYOND War hosted an excellent webinar on civilian-based defense, a nonviolent alternative to war and militarism.  Author, activist, & nonviolence trainer Rivera Sun and creative strategist & civil resistance trainer Philippe Duhamel led a discussion of the principles and efficacy of civilian-based defense as a nonviolent means of conflict resolution. To watch the webinar, go to https://worldbeyondwar.org/education/ and scroll down.

“Nonviolence reveals the true power relationship, which is that all governments rest on the consent of the governed and that consent can always be withdrawn.”

Feisty Doves Climate Action advocates nonviolent action to achieve a livable climate but also to underpin nonviolent civilian-based defense as an alternative to the military.  We support vigorous use of nonviolent tactics such as boycotts, demonstrations, economic sanctions, and petitions to achieve these climate and defense goals.  We were also involved in a small way in the successful effort to restore democracy in the Maldives.  Some of the steps in this process are explained in the items below:

April 5, 2019.  Maldives Times reports: 6 months after electing Ibrahim Mohamed Solih as President in a high-stakes election, Maldivians are gearing up for another crucial vote in Saturday’s parliamentary poll, whose outcome will impact the prospects for political stability in the island nation.

“President Solih’s Maldivian Democratic Party (MDP), which is led by ex-President Mohamed Nasheed, is the chief constituent in the ruling alliance. The MDP is looking to consolidate the gains it made last year by contesting independently, aiming for a parliamentary majority.” Nasheed is himself running for parliament.

Former Maldives president,Mohamed Nasheed landed in Male after the courts suspended his senten ..

COLOMBO, Sri Lanka — Four of the five members of Maldives’ Elections Commission have fled the country because of threats from supporters of outgoing President Yameen Abdul Gayoom, who accused them of rigging last month’s presidential election in favor of the opposition candidate, the head of the commission said Wednesday.

Office of the Spokesperson
Washington, DC

Principal Deputy Assistant Secretary for the Bureau of South and Central Asian Affairs Alice Wells will travel to Malé, Maldives and Colombo, Sri Lanka from October 9-11. Ambassador Wells will reiterate the strong U.S. commitment to our partnerships with Sri Lanka and Maldives and our shared interests in a prosperous and open Indo-Pacific region.

In Malé, Ambassador Wells will meet with current Maldivian government officials, the President-Elect, and civil society leaders. She will offer congratulations on the country’s successful national elections and convey U.S. interest in expanding bilateral cooperation. In Colombo, she will meet with Sri Lankan officials and will emphasize the importance of the U.S.-Sri Lanka relationship to shared Indo-Pacific goals, with the growing bilateral defense relationship as an area of particular promise. She will also urge continued progress on constitutional reform, human rights, reconciliation, and transitional justice and accountability.

Nasheed’s arm was badly hurt while he was being physically manhandled into the courtroom by police.

Office of the Spokesperson
Washington, DC

The below is attributable to Spokesperson Heather Nauert:‎

Secretary Michael R. Pompeo spoke by phone today with Maldivian President-elect Ibrahim Solih to congratulate him on his recent electoral victory. The Secretary congratulated the Maldivian people for coming out to vote in overwhelming numbers despite challenges. The Secretary noted that the election reflected the will of the Maldivian people, which all parties in the country should respect. He said the United States looks forward to President-elect Solih’s inauguration in November and expanding U.S. cooperation with Maldives in support of a free and open Indo-Pacific.

The path to democracy’s return in the Maldives seems to have taken an ominous turn. The Times of India reports on the outgoing autocrat, “With over a month to go before he demits office, outgoing Madives’ president, Abdulla Yameen, is trying every trick in the book to stay in power.

“On Wednesday…Yameen’s party, PPM, passed a resolution in a small group that they would not accept Ibrahim Solih as new president of Maldives.”

HELPING OTHER COUNTRIES. Autocrats can make opposition to their rule difficult for their citizens, so it is important for citizens of democracies to work for a return to genuine democracy where autocracy has prevailed. We are currently working to help democracy advocates in the Maldives, an island nation in the Indian Ocean,including former president Mohamed Nasheed.

Nasheed was the star – almost the only star – of the disastrous Copenhagen climate conference six years ago… He was the first head of state to arrive, and he went straight from the airport to a packed meeting hall where he led a giant crowd in chant after chant…Nasheed, had taught his entire cabinet to scuba dive, so they could hold a formal meeting underwater against the backdrop of a dying coral reef, there to pass a resolution for the UN demanding action to return the planet to an atmosphere of 350 parts per million CO2. He climbed up on the roof of his own presidential house with his own presidential hammer to install solar panels. He pledged that his archipelago nation would become the first on earth to go carbon neutral…And all around the world people responded [The Guardian, 30 Nov. 2015]